Alyssa Waugh is an active feminist who is heavily involved in Women’s Rights advocacy. You can read about her specific projects below.

I AM STRENGTH: True Stories of Everyday Superwomen is a non-fiction book of essays, poetry, and art depicting real women, written and illustrated by women, for women. From body positivity, to sexual empowerment, to shattering glass ceilings and more, it features diverse and intersectional stories from all over the world and champions women’s physical, mental, and emotional strength. Two thirds of the proceeds from I AM STRENGTH will go to Girls Inc., which inspires all girls to be bold, smart, and strong, and No Means No Worldwide, whose goal is to create a rape-free world. I AM STRENGTH is set for release on August 26, 2018 – Women’s Equality Day. 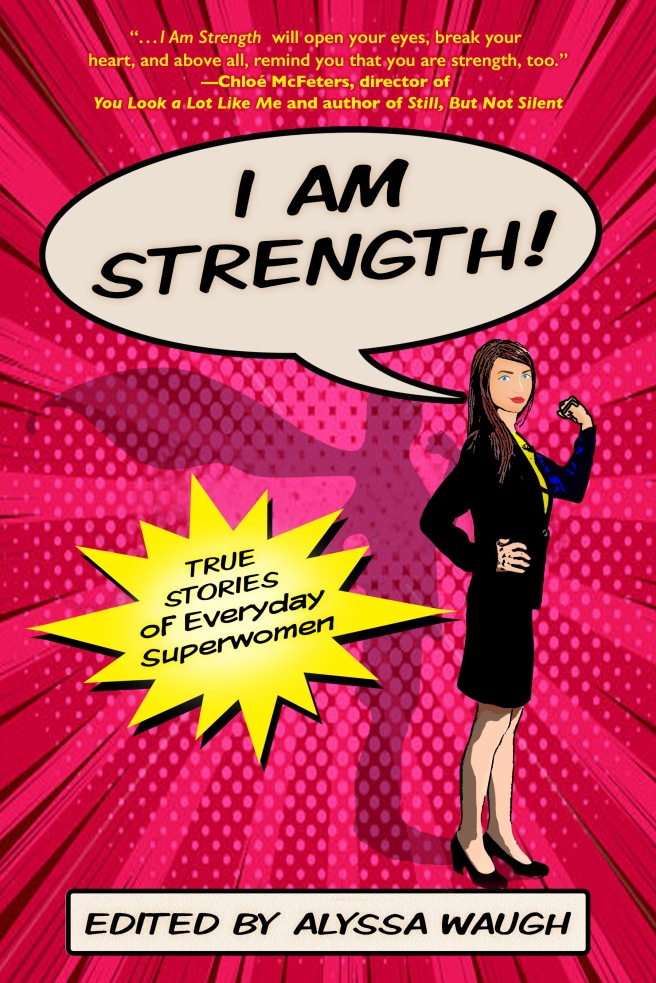 You can read an interview Alyssa did for RealitySandwich.com about I AM STRENGTH here..

Waugh started a project called Positive Reflections at King’s College to empower women through body positivity. The project encouraged students to write positive messages to one another on bathroom mirrors around campus, as well as on post-it notes that were arranged into hearts or posted where others would be able to see them. The idea behind doing it on bathroom mirrors stemmed from the feeling of stealing away into a bathroom to gather one’s composure and put your game face back on before heading back out to give a presentation or take on the world. Seeing a little positive reminder that “You are brilliant, beautiful, and strong,” gives the women who see it a significant confidence boost. It is a way for peers on campus to lift each other up rather than tear each other down. We’re all in this together. 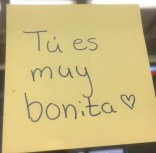 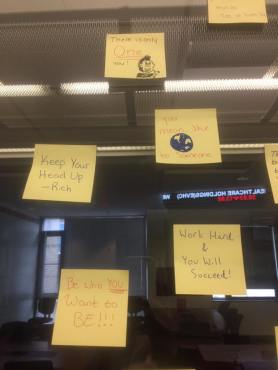 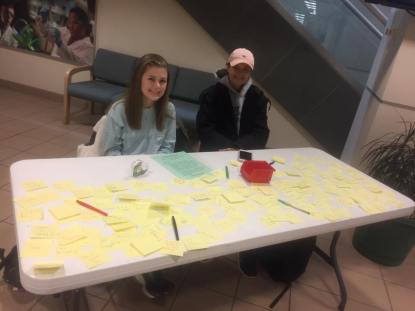 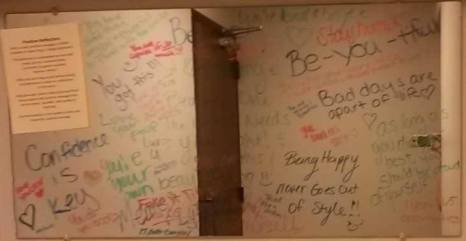 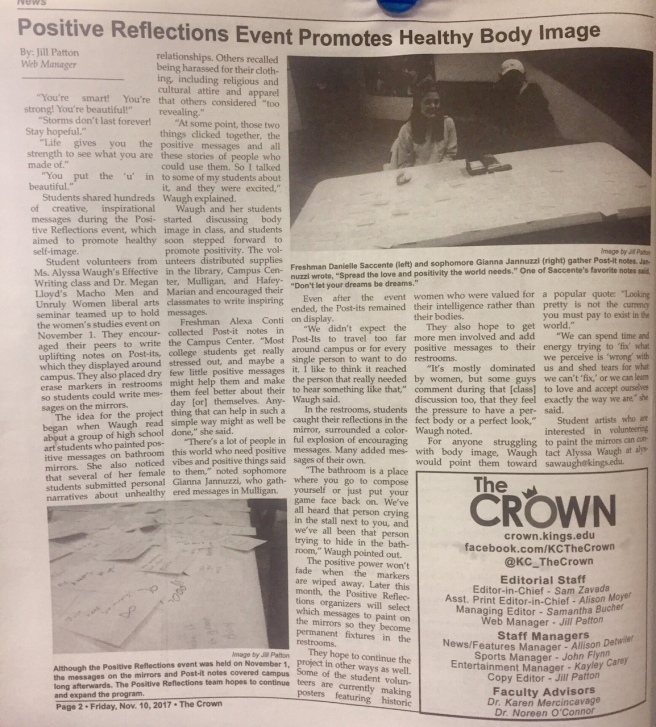 As a professor, one of Waugh’s favorite lesson plans is “Unsung Heroines of History.” She created it as an introduction to research in her core writing classes. Each student picks a name of a historically significant woman from a hat. These are typically women whom most or all of the class has never heard of. Not only does it help students learn to research topics they might not be familiar with, but it opens a discussion about women’s roles in society. “Are all these topics about women?” a male student will inevitably ask, “Why am I being forced to write about a woman?”  Waugh will reply that while growing up, if a teacher asked her to write about a U.S. president, she was forced to write about a man. Inventors, mathematicians, and other important contributors to history were all too often men as well. Men often get their just due in history while women are often written out, as the book and film Hidden Figures demonstrates.

Waugh has been outspoken about wanting better consent training in high schools alongside health class – not just how to have safe sex, but how to respect your partner and respect consent. She is currently working with Women’s Studies and other interested faculty at King’s College to implement better consent training during student orientations. She also created and facilitated in the hanging of posters around campus boldly declaring “SEXUAL ASSAULT IS NEVER YOUR FAULT.” She designed the posters in response to a problematic quote given by another professor at the college placing responsibility for the prevention of sexual assault on the victims, and wanted everyone on campus who might be dealing with that to be aware they are not to blame, and to let them know where they could report their assault and get additional support.

Waugh is a proud supporter of and contributor to No Means No Worldwide whose goal is to create a rape-free world. One third of the proceeds from her upcoming book project, I AM STRENGTH: True Stories of Everyday Superwomen, will benefit No Means No Worldwide. One third will also benefit Girls Inc. which inspires all girls to be strong, smart, and bold. Waugh is also a supporter of Planned Parenthood, The Afghan Institute of Learning, and The Malala Fund. If you have another charity or organization that you think deserves her attention, do not hesitate to contact her from the about page.